The results are in. The Sign Invitational 2017 was a huge success!

The 2017 ISA Sign Expo was held this past week at Mandalay Bay convention center in Las Vegas.   The show was very well attended and directly translated into an all out mob of traffic for The Sign Invitational located in Multicam USA’s booth for the second year.   On display were pieces from Peter Sawatzky and  Dan Sawatzky ( Imagination Corporation ), Doug Haffner ( Haffner’s Fantastic Creations ), Aubrey Gealsha and Jim Dawson ( Synergy Sign & Graphics ), Doug Hancock ( SignPro of North Florida ), and Janey Freid ( Atlas Signs and Plaques )

While the show was not as big as it was last year, competitors clearly pulled out all of the stops and created some amazing pieces this year.

In the end, after over 900 votes were cast by show attendees,  Dan Sawatzky came out on top with his awesome train design.  Finishing second was Doug Hancock by a mere 25 votes.  Doug’s piece literally defied gravity with his awesome levitating sign design that payed homage to Nicola Tesla.  Rounding out the top 3 was Jim Dawson’s piece with his mash up design called Poe’s BBQ Pit and Pendulum. 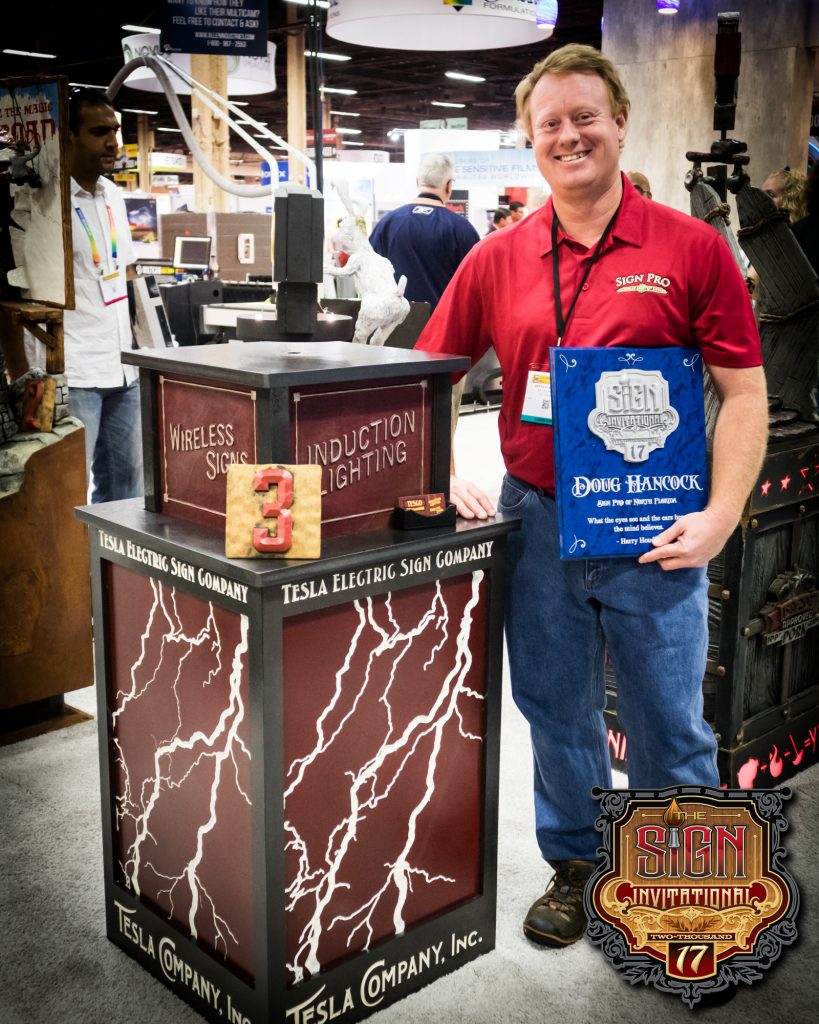 Dan Sawatzky and his Magical Train 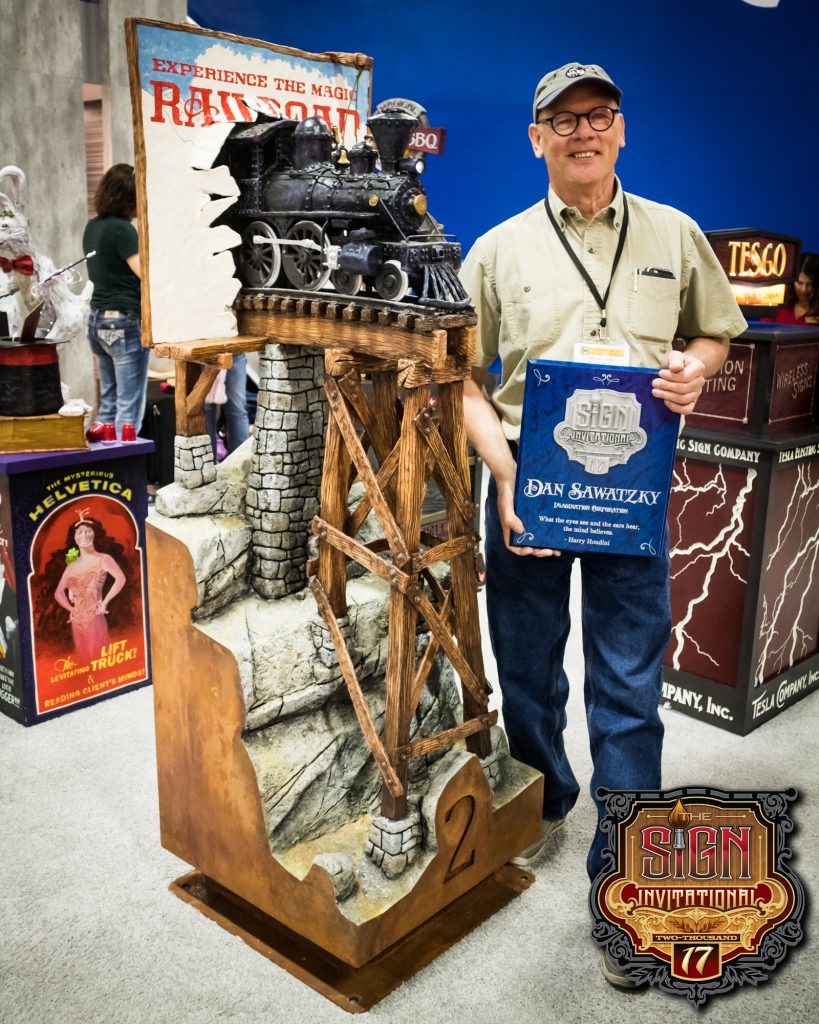 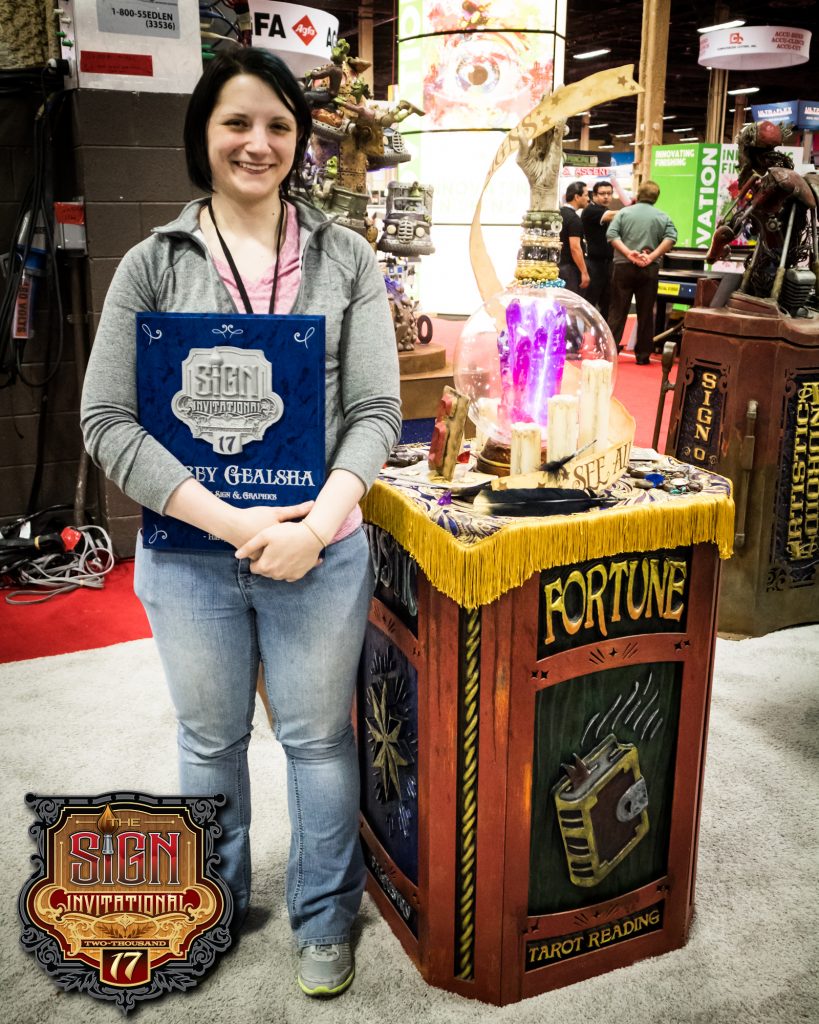 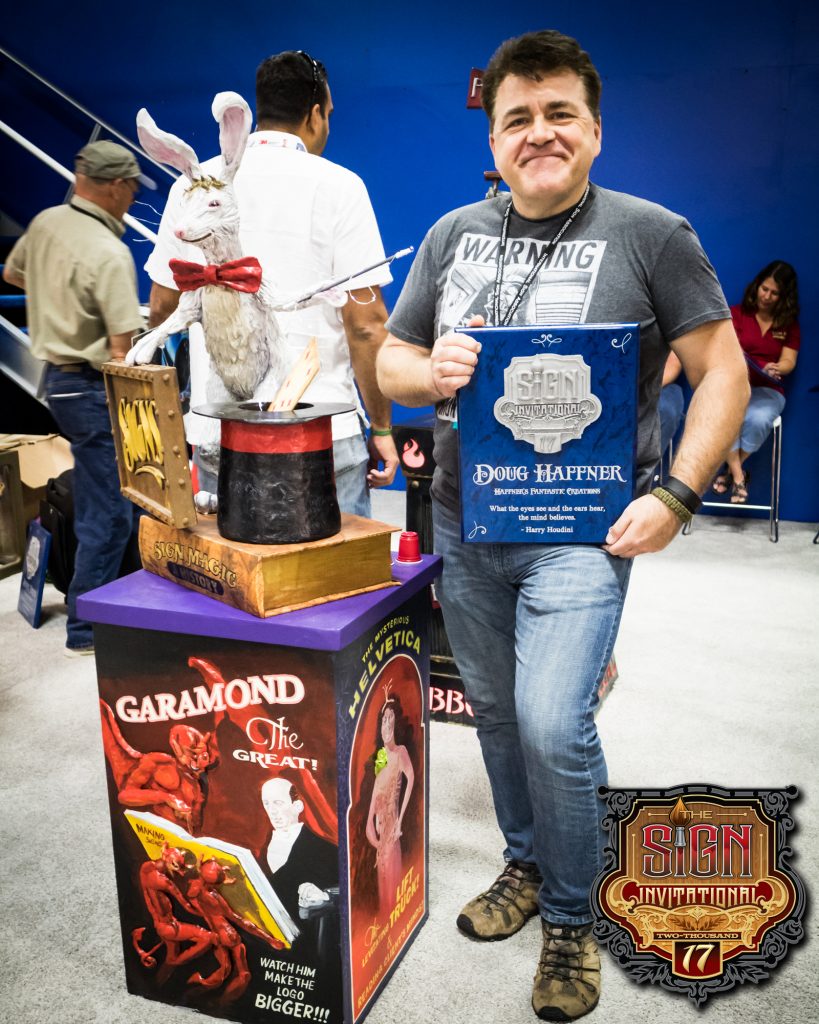 Janey Freid and Her Rabbit with the Magic Hat 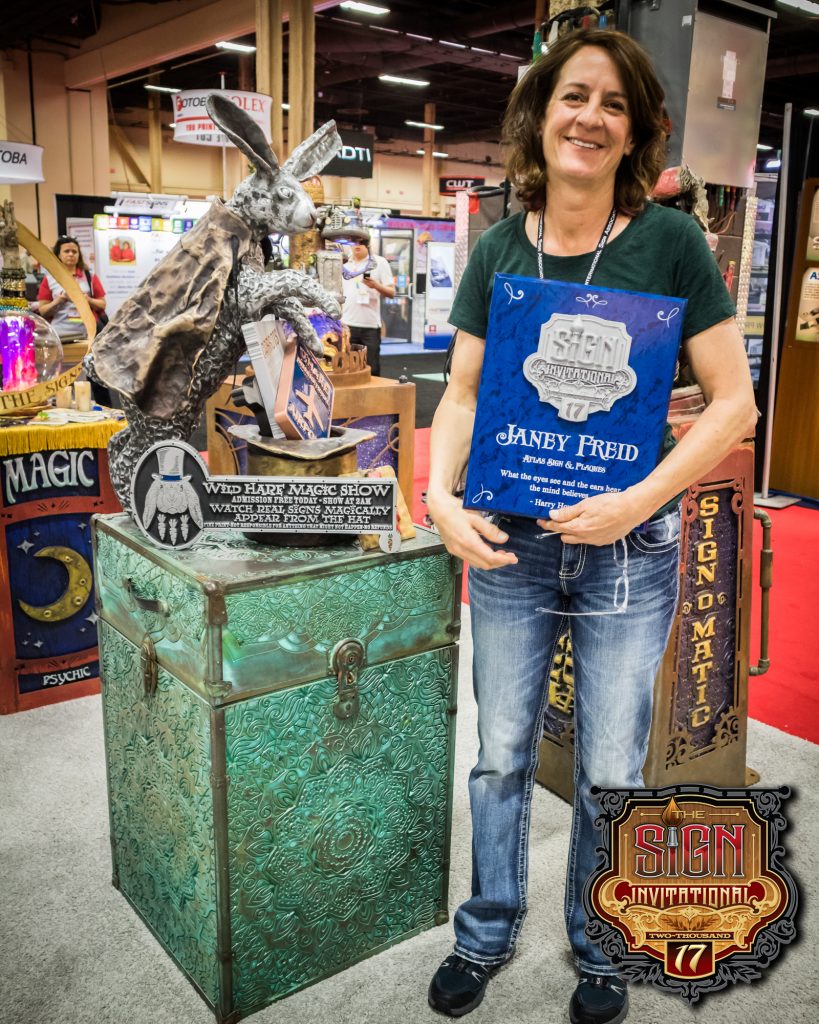 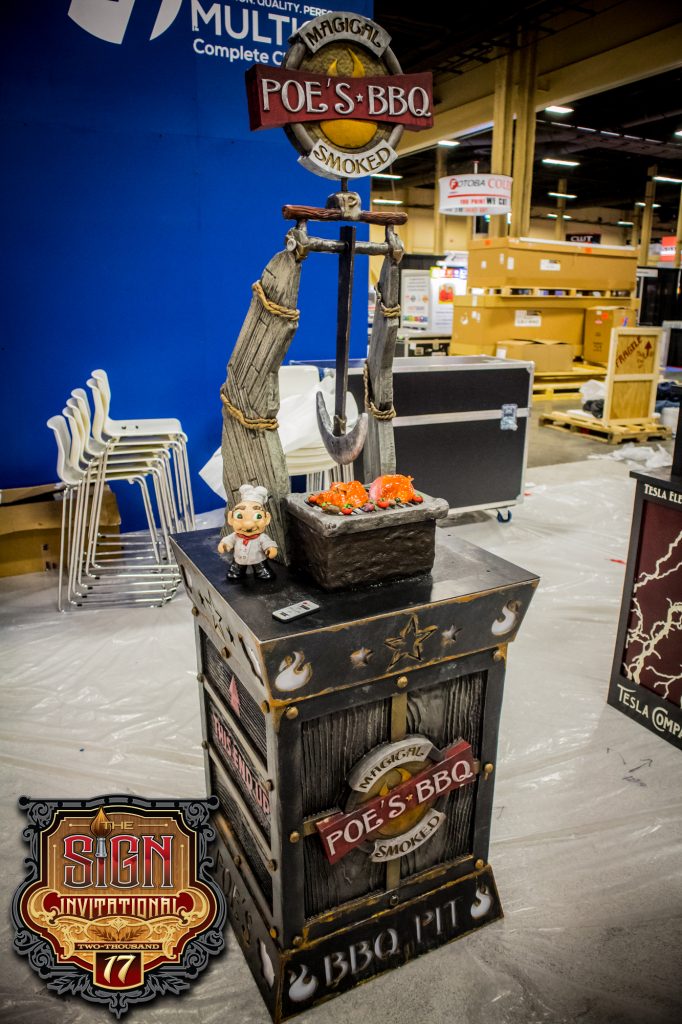 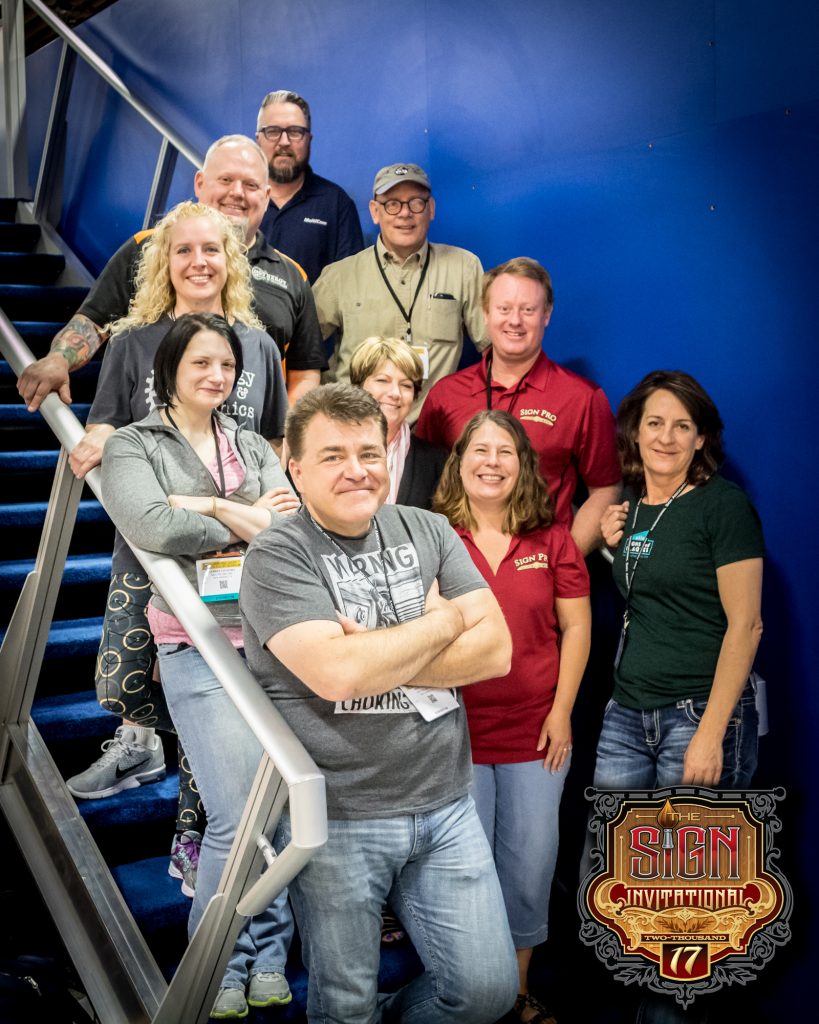 Huge thanks to all of our sponsors once again this year.  Multicam USA, SAi Enroute, Coastal Enterprises, Signcraft Magazine, and Laird Plastics Akron.  Without all of you, this contest doesn’t  happen.

We all had a blast this year and cannot wait for next years competition.   The theme will be Marvelous Machine.  Do you have what it takes? 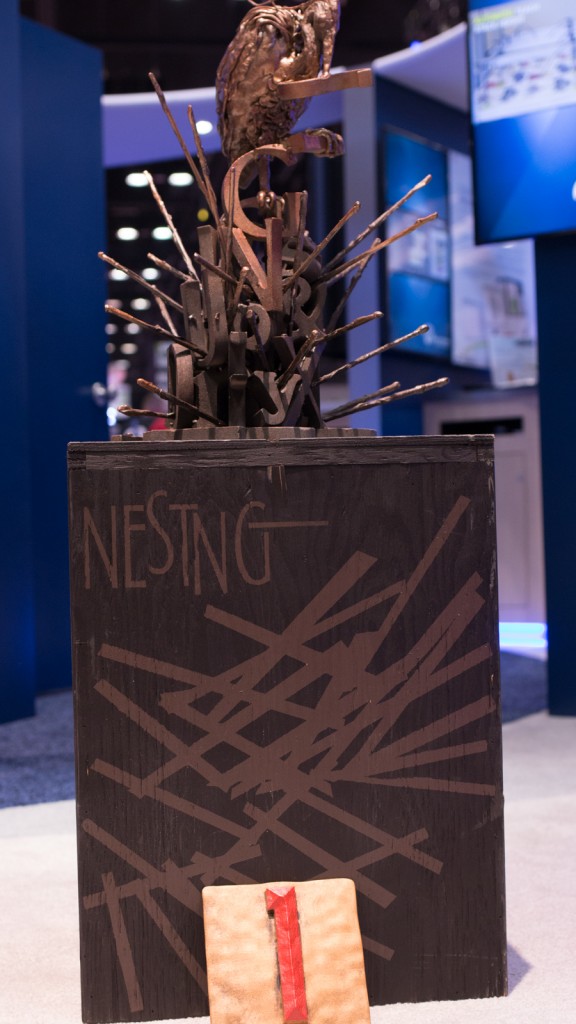 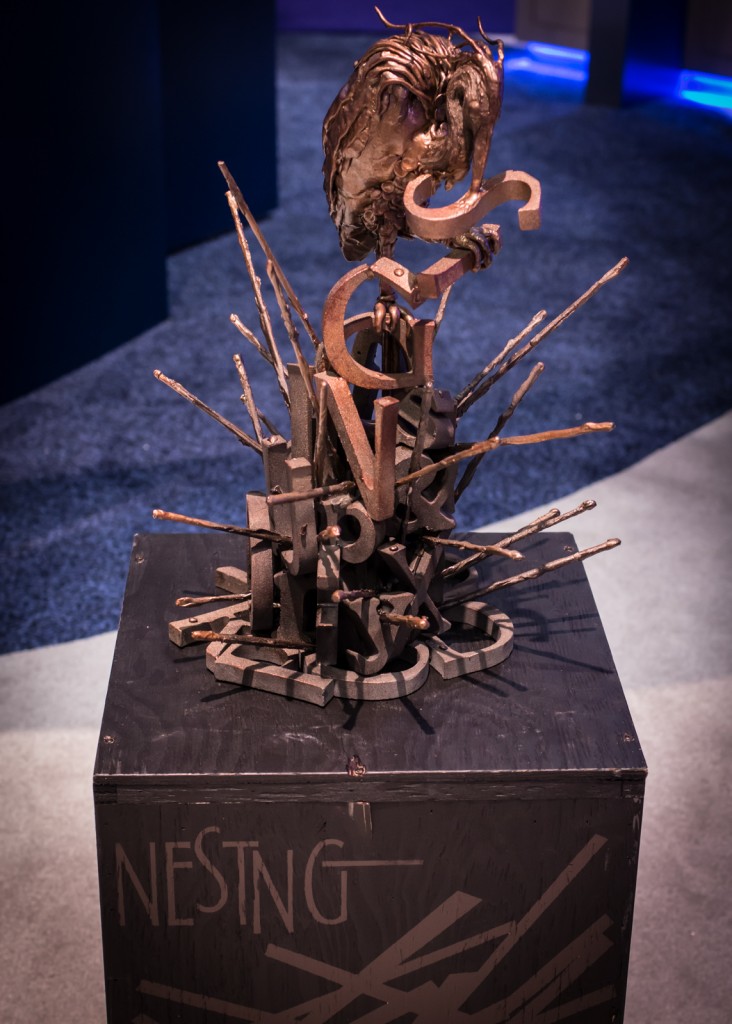 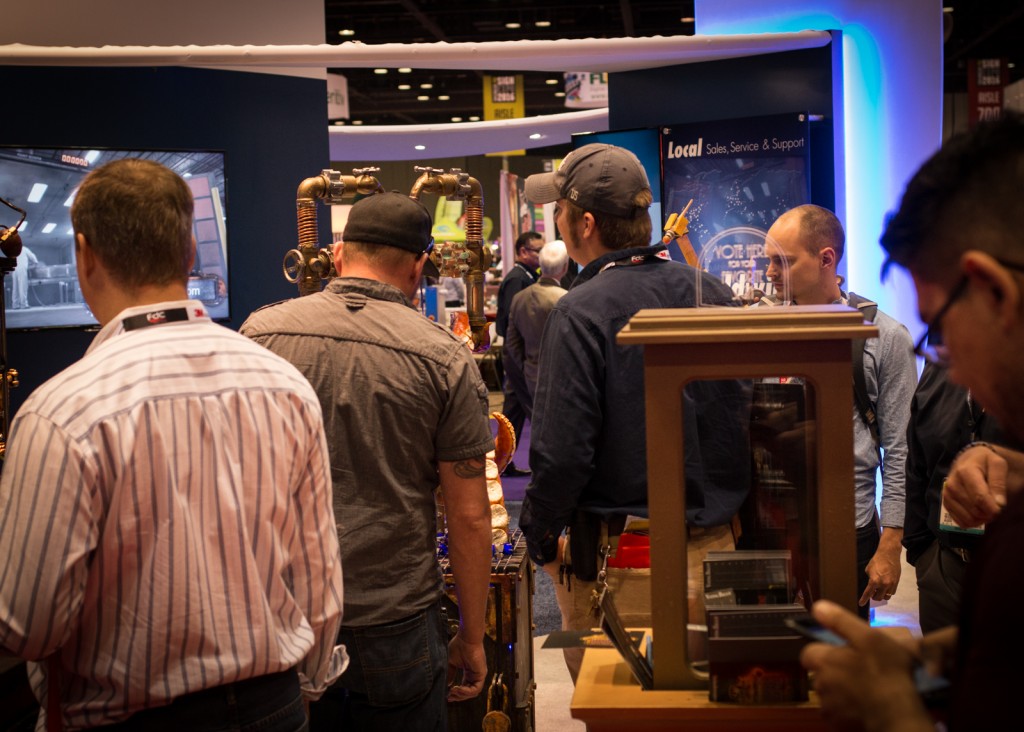 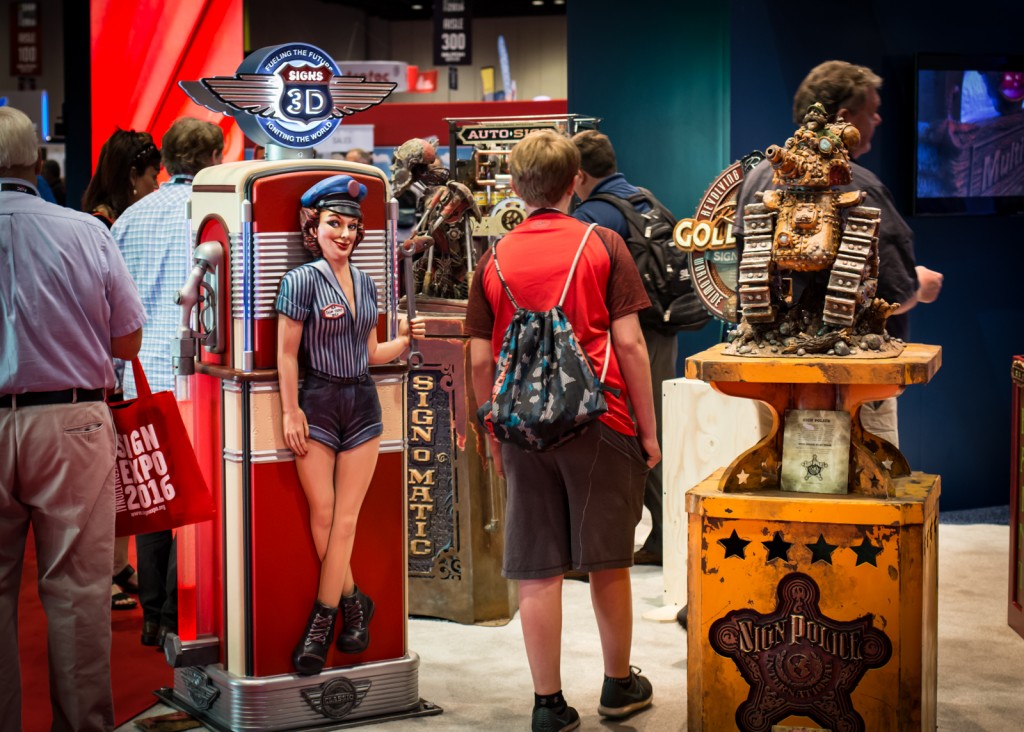 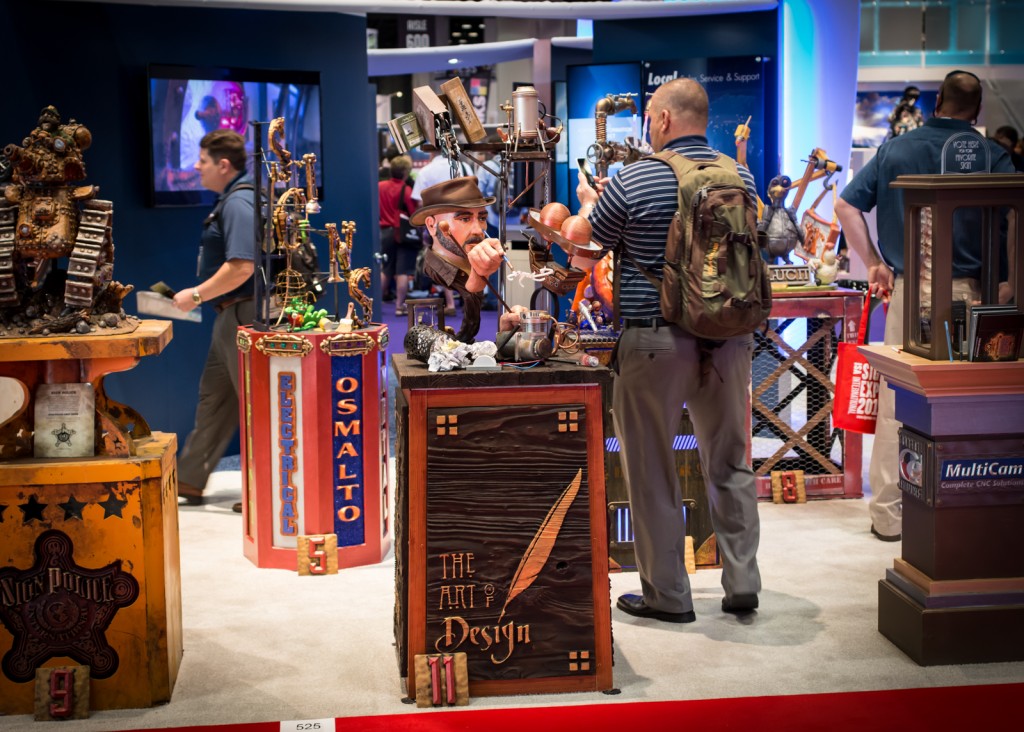 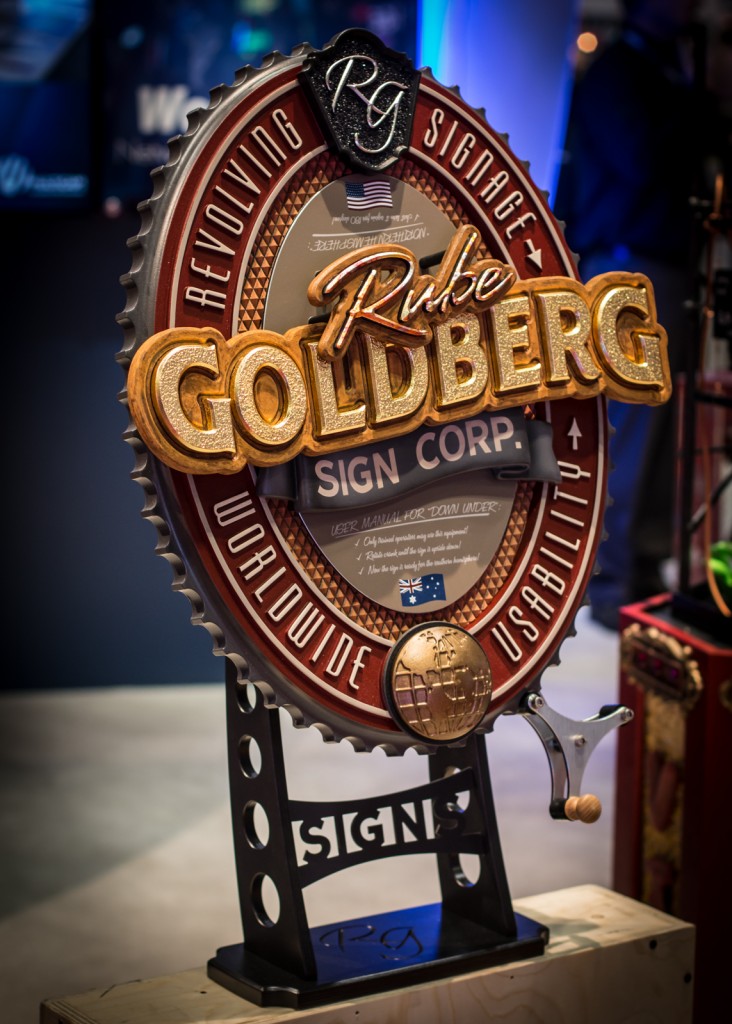 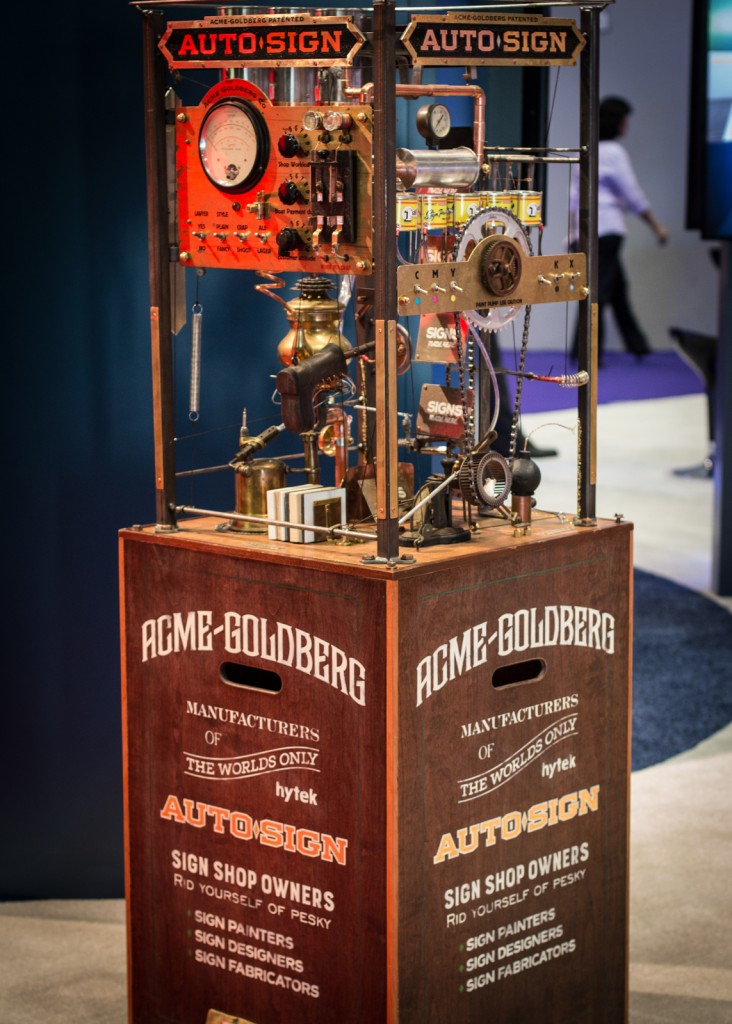 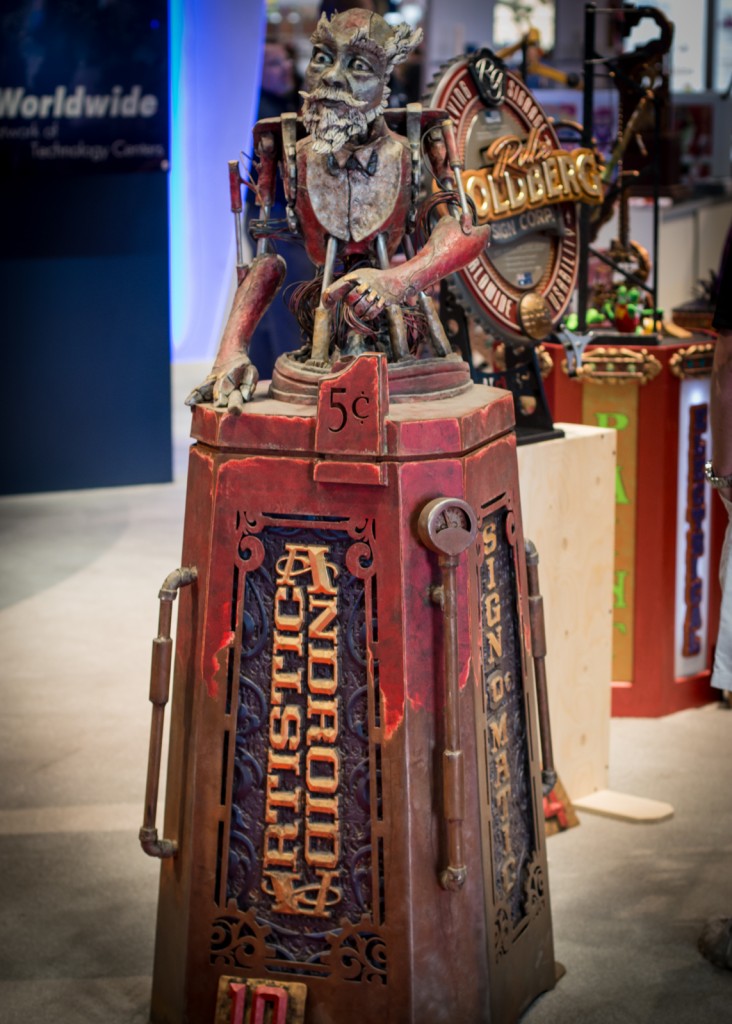 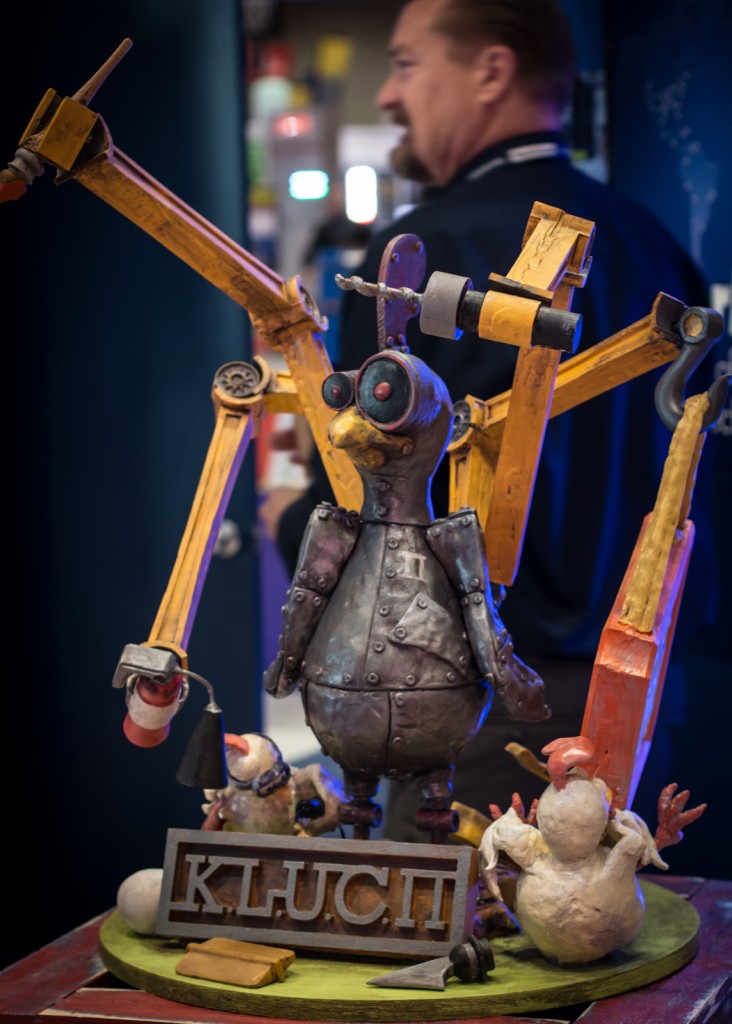 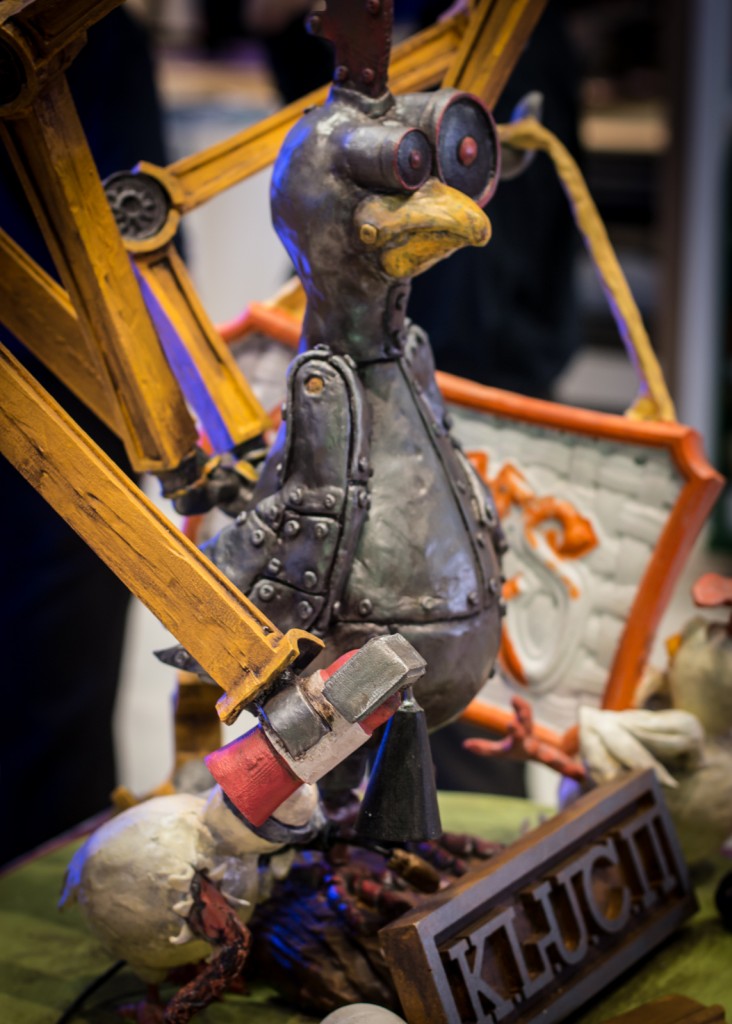 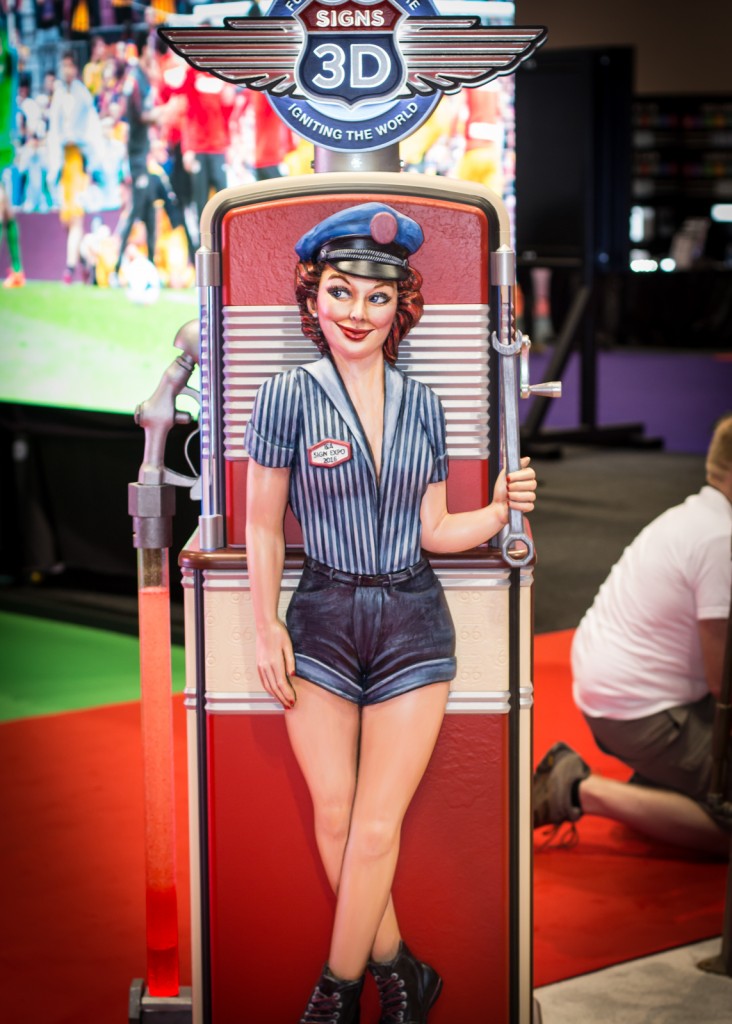 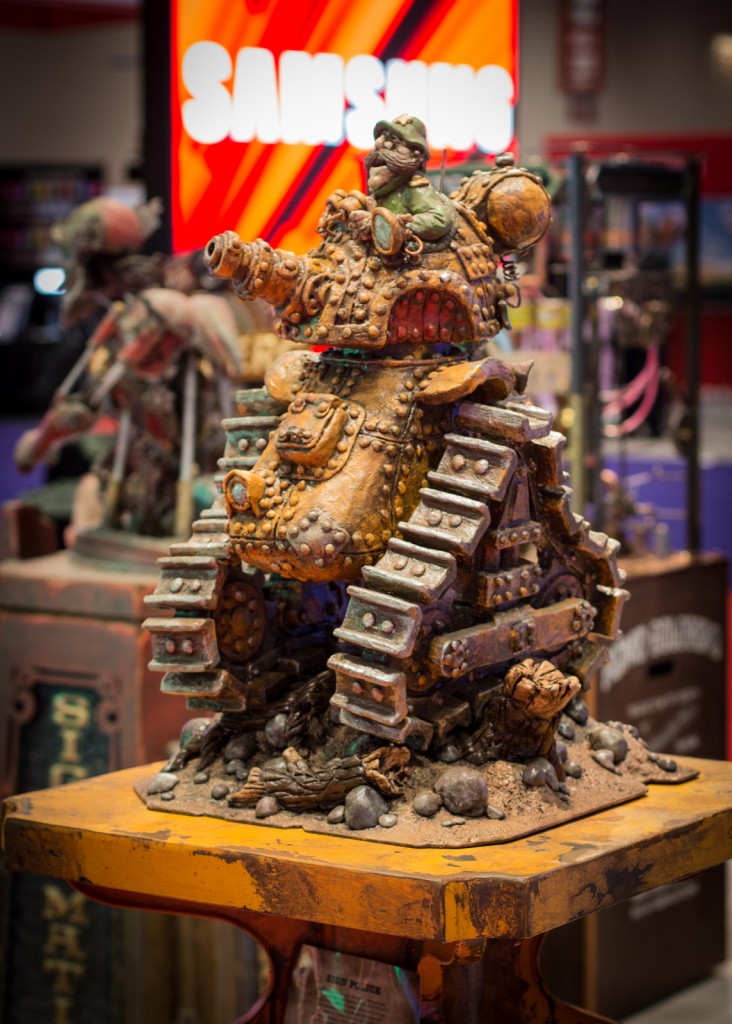 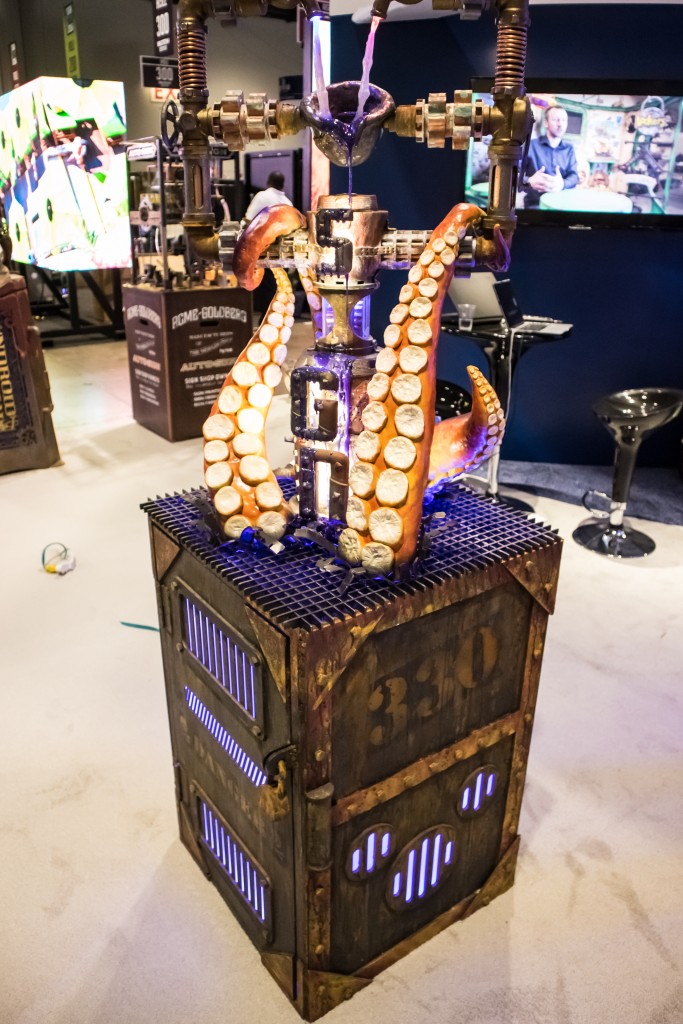 Today we loaded everything into a trailer and packed up for Orlando. The trailer currently houses the ballot box and stand, Peter Sawatzky’s entry, Dan Sawatzky’s entry, a sculpture for Coastal Enterprises that Dan made, Peter Poanessa’s entry, Phil Vanderkraat’s entry, Synergy Sign’s entry, number plaques for all of the entires, Xpressive Graphix’s entry, and various other tools, thank you plaques, and other things needed to pull this contest off.

I hope everyone can make it out to ISA 2015 and see these works of art on display for everyone!!! 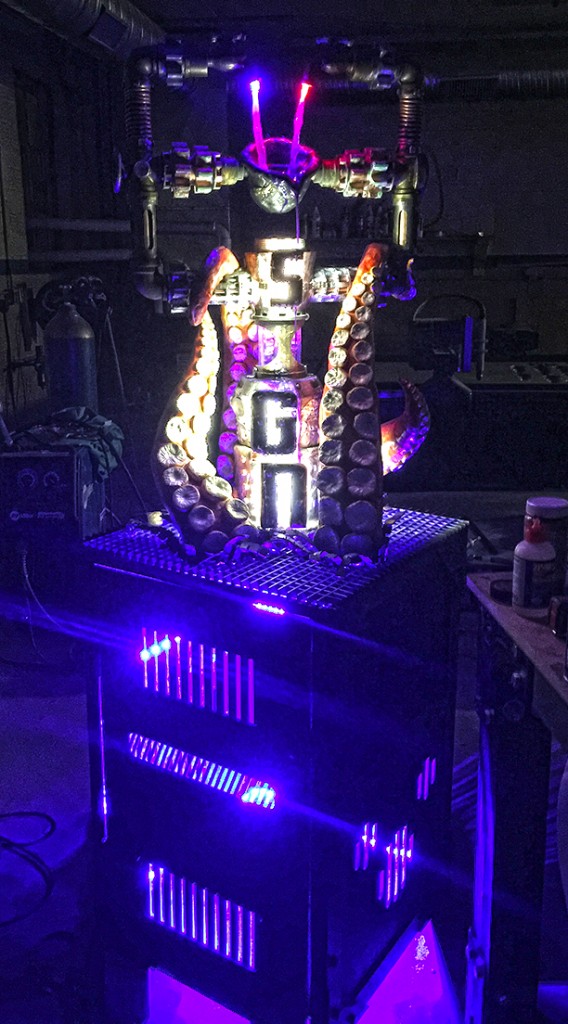 You can come see us in the Multicam booth during show hours.

Stop in and vote for your favorite!

Here are a few portfolio pieces from participating sign makers. 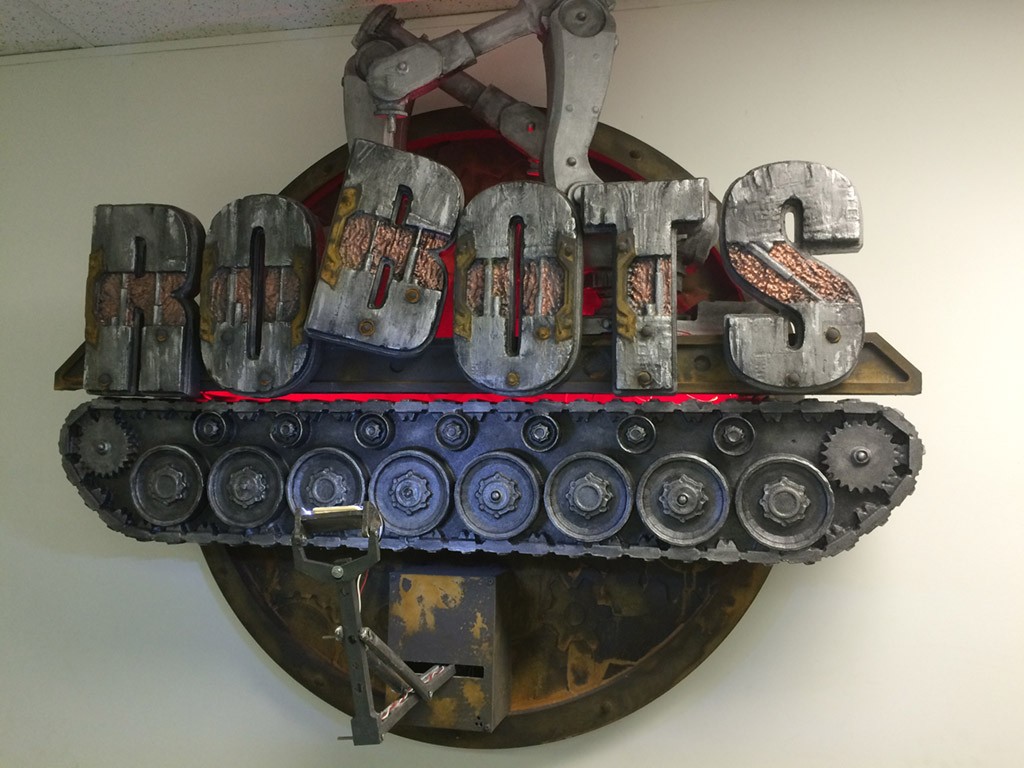 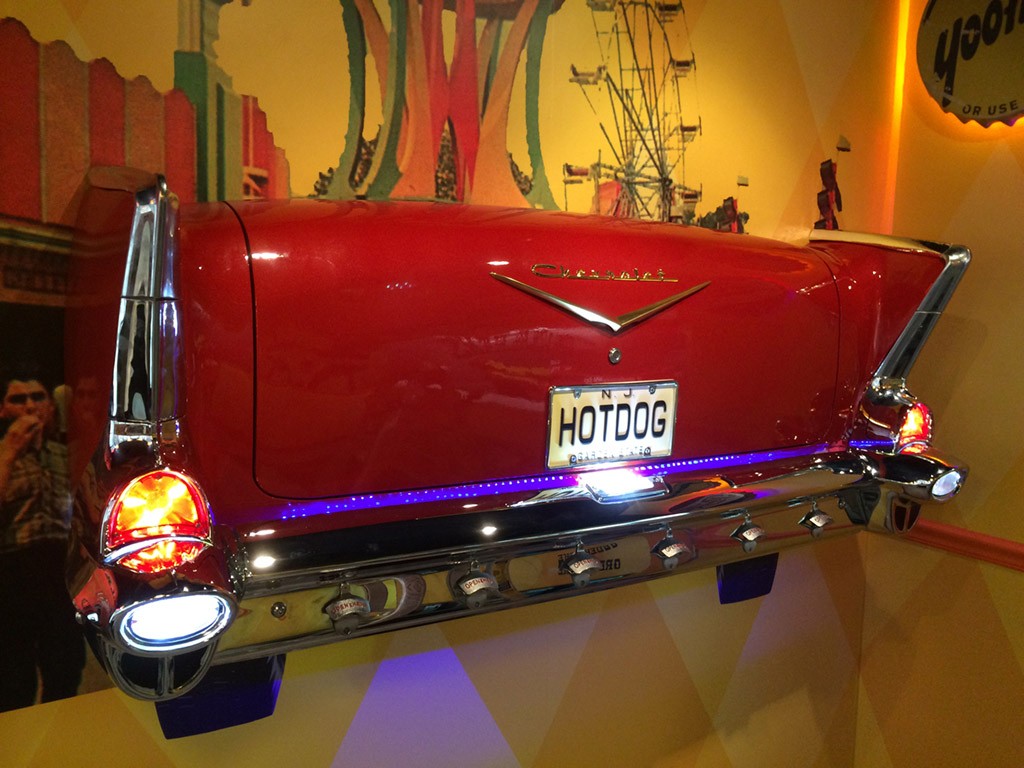 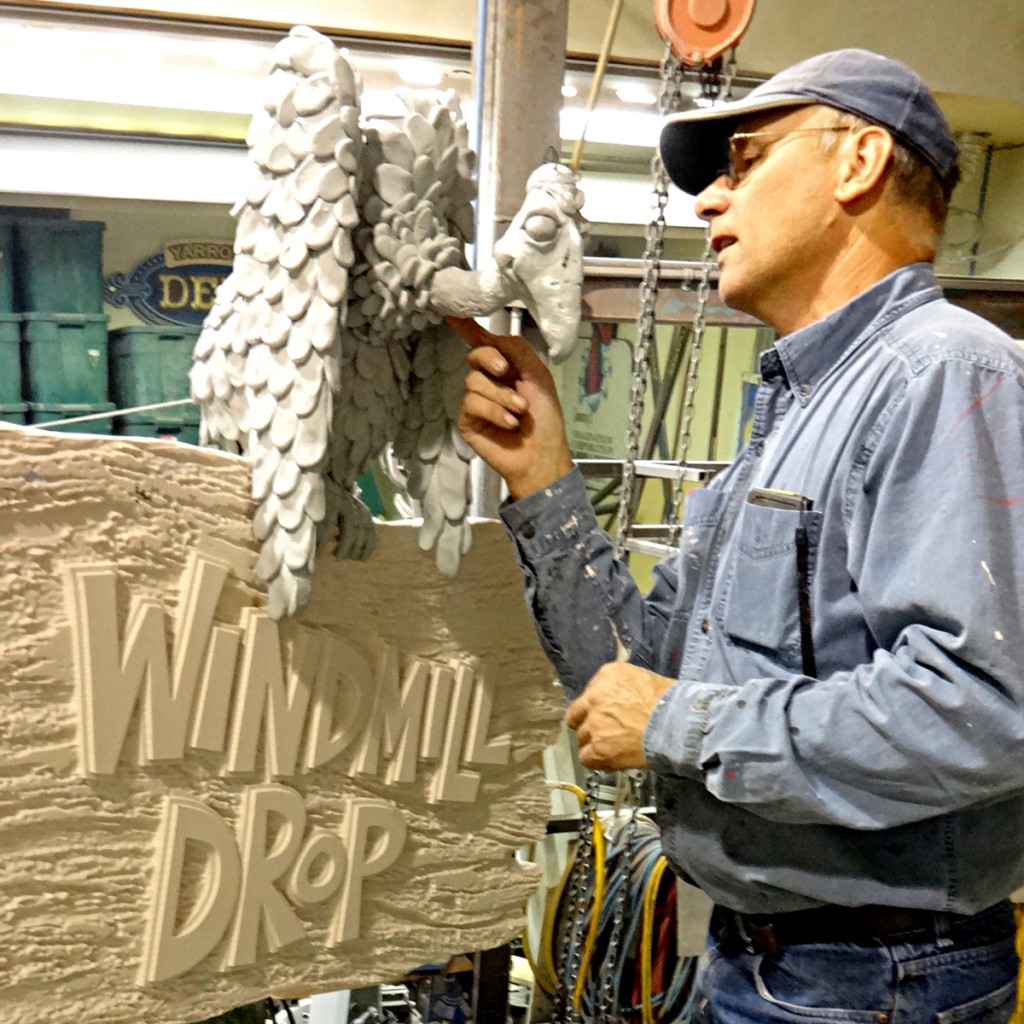 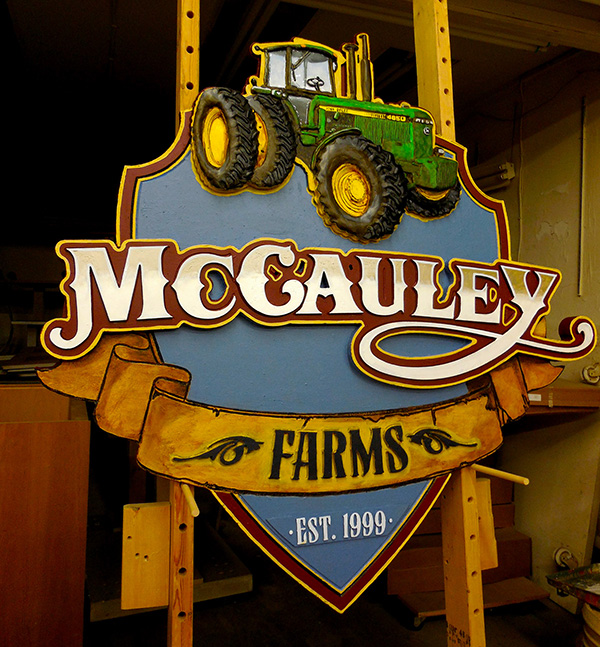 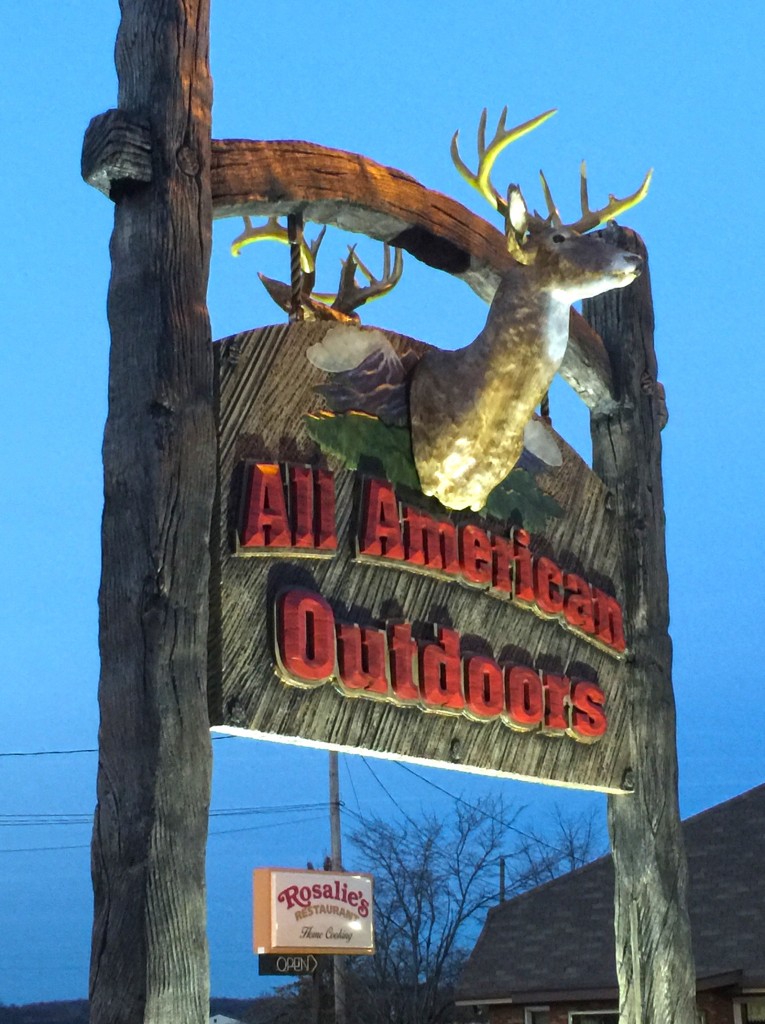 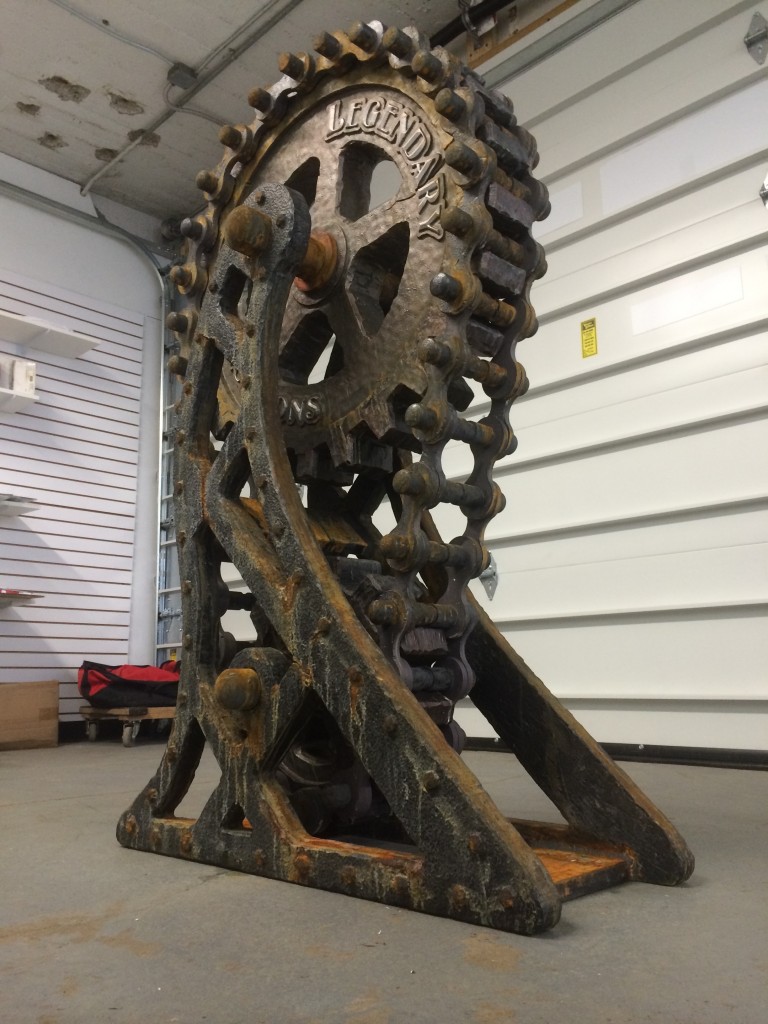 As you can see, the competition is fierce.